Learn the important terms in the software, cloud, and IT field with our Intergalactic Glossary.

Have you ever heard terms like IaC or CI/CD? Unfortunately, understanding these terms might sometimes be quite confusing for someone who hasn't been swimming in the deep waters of coding. Luckily we have an essential glossary for you to know what we are talking about here in Montel Intergalactic. So check it out and find your inner Yoda.

A way to define your infrastructure as code. (See IaC.)

A method that allows creating more server/application resources on demand. E.g. when CPU usage rises consistently on the servers, it spins up new servers automatically and takes them down once the usage lowers.

Microsoft Azure. A cloud service provider. One of the Big Three.

The set of tasks that have been planned for a certain project. Things move from here to be worked on and are eventually done/closed. (See ticket.)

Real server hardware. Running things on top of Bare Metal means running workloads on dedicated machines without any virtualization going on in between. (See virtualization.)

The combined practice of continuous integration and continuous deployment. CI/CD enforces automation in the building, testing, and deployment of applications. A good CI/CD is a life-saver that will ensure your service will not go down due to accidental bugs.

A group of servers and other resources act as a single system and enable high availability and, in some cases, load balancing and parallel processing. In a cluster, each computer or server is referred to as a node.

Technically, container refers to a running container image, but often on the business side, these terms are mixed up (see container image). The container defines a sandboxed environment for your application to run in – independent of other applications. Often it's also thought of as a light level of virtualization. Containers, by default, are ephemeral, i.e., meant to be run and removed without leaving traces or having side effects on the surrounding environment.

The packaged environment to run something in. E.g., an application server with all the dependencies installed and ready. You select your image, write the command you want to run, and "spin up" a running container.

Database as a Service. Instead of running your own database servers and managing their scaling, you can opt for a DBaaS. These often cost more but are a potential time-saver for easy setup and ready solutions for backups. What works for you depends a lot on your cloud provider and tech stack. – We have recommendations.

The most common containerization technology (other alternatives include rkt, containerd, runC, podman...). So common that often you hear people say "dockerization". (See container.)

In the IT world, the environment defines the surroundings where a piece of code (e.g., a web application) runs. Parts of the environment might affect the way the code behaves. For example, things like database addresses, preferred time formats, or access tokens to outside services might be defined in the environment.

A distributed version control system (see VCS) was initiated by Linus Torvalds. Currently the most prominent choice, but far from the only one.

A cloud service provider from Germany.

In our setting, this refers to the server and service infrastructure that runs an application or service. It also includes user/admin management, monitoring of services, etc.

Refers to a single server. Also known as a node.

A lovely Finnish word for a type of MVP. (See MVP.)

Simplified and streamlined versions of Kubernetes. The latter is designed for Edge and IoT environments.

Our choice for providing a powerful service infrastructure. Kubernetes, or k8s, orchestrates a set of applications and services to run on a set of nodes in a cloud environment. Originally developed by Google, now open-source and used by thousands of companies worldwide.

Refers to the structure, look and feel of a user interface UI. (See wireframe.)

A type of software architecture where a service is delivered by collaboration between several smaller services communicating with each other. Although it has its merits and downfalls, it is sometimes hyped as an all-encompassing solution.

A project that moves a project from one environment to another. E.g., Montel does a lot of projects where we migrate from legacy systems to modern Kubernetes cloud infrastructures.

An infrastructure that is split between several different environments and/or cloud providers.

Minimum Viable Product - the absolute minimum product that makes sense and provides true value. Often a very sensible way to start developing something new. The smaller the MVP, the less risk there is developing it.

See instance and cluster. Also node.js, a runtime environment for running javascript on the backend servers.

An infrastructure solution that runs on servers situated in a location owned or controlled by the client. (See bare metal.)

A quickly built app or service meant to prove that something is possible or see if a solution is worth pursuing further.

Progressive Web App. A set of technologies that can be used to enhance a mobile-friendly web service to act more like a native application on a mobile device.

A web-based tool for managing several Kubernetes clusters. Very much used at Montel.

The time and work effort of our developers.

A repository is a single version-controlled entity. (See version control.) Practically a directory that contains code, text files, binary files, and other content related to that particular project. Often bigger projects can contain several repositories to manage the content or opt-in to a mono-repository approach such as the massive Linux Kernel repository.

How many resources you have left for developing your startup. Often a formula that involves your burn rate and money in the bank.

Software as a Service. A broad term for a business that is based on selling services running on a critical software application.

Service Level Agreement. Our promise on what is the accepted level of uptime per month for our MontelCare client services.

In the everyday world, this would be the place where kids can play safely. However, in the IT world, kids are replaced by applications, and usually, there is only room for one application per sandbox. And the application can never leave the sandbox. In the latter sense, a sandbox ensures that a piece of code can't access things outside the sandbox. This makes it possible to quarantine and run code you don't trust. E.g., javascript from web pages you visit is being run in a sandbox environment created by your browser. This ensures that malicious code won't have direct access to your computer. Instead, it can access a very limited set of functionality provided by the browser.

What things that we include in the project/service/MVP/sprint/anything we're talking about, and what is left out.

A short, defined burst of development work. It starts with a planning session and ends with a retrospective.

A computer (virtual or dedicated) that is running your code. Sometimes also referred to as a node.

An infrastructure-as-code toolset that enables the creation and management of cloud/server infrastructure through code that can be saved in version control. It takes away the need to click.

Not related to commuting, but rather a definition of a development task. Can also refer to a bug report that needs to be fixed. Open tickets or tasks are waiting in the backlog or still being worked on. Closed tickets are considered resolved. Tickets are handled in project management and development tools, such as Jira or Trello. Many VCS service providers such as Gitlab or Github also include these tools. Montel has a history with all but prefers Gitlab with its neat integration to the code side.

A concrete single usage scenario. Smaller than a user story. Sometimes also described in tickets to rationalize why something is being built. (See ticket.)

Unique selling point. A unique feature or combination of features that makes the app or service more appealing to the target segment.

A set of user stories or use cases that define a larger whole of service. For example, the user flow for a client booking service on a web app starts with selecting a service and ends with a booking confirmation.

A story of a user working with an app or service. Defines the role and purpose of the user and attempts to convey a concrete textual example of what the end system should allow the user to achieve. For example, "I as a system admin want to …."

Technology that allows a computer to mimic the way a computer works. This, in turn, allows several virtual computers to run inside one real computer. These virtual computers share the same underlying resources while being completely unaware of each other. Virtualization revolutionized the server business and enabled the first cloud computing stage we have today. Most servers bought today are virtual servers with some guaranteed allocation of memory and CPU. This virtualization has been taken further with containerization, which allows similar sandboxing but on the level of applications instead of operating systems and servers.

Hard disk space where we can persistently store things like the content of a database or pictures of cats wearing hats.

A system that enabled version tracking of content. The content in question is often written code but can include binary files, such as images. With text content, the changes between versions are stored as diffs or changes from one file state to the next. Version control, or version control systems (VCS), make it possible for numerous people to collaborate on the same content and track down regression bugs introduced to the code. Basically, all software projects use some form of version control to store the code. (See repository.)

Provides a customized version of a SaaS service. A very common and enticing step in developing a service. It can be dangerous. Montelieers will tell you why.

A rough drawn layout (napkins, paper, tools like Figma work) with the aim to describe how a UI could look and function without putting too much emphasis on appealing visual design. Sometimes the term mockup is used.

Interested in hearing more? Please, don’t hesitate to contact our Head of Sales Mikko "Tuba" Tuominen +358 40 063 6636 tuba@montel.fi to hear more about our expertise. 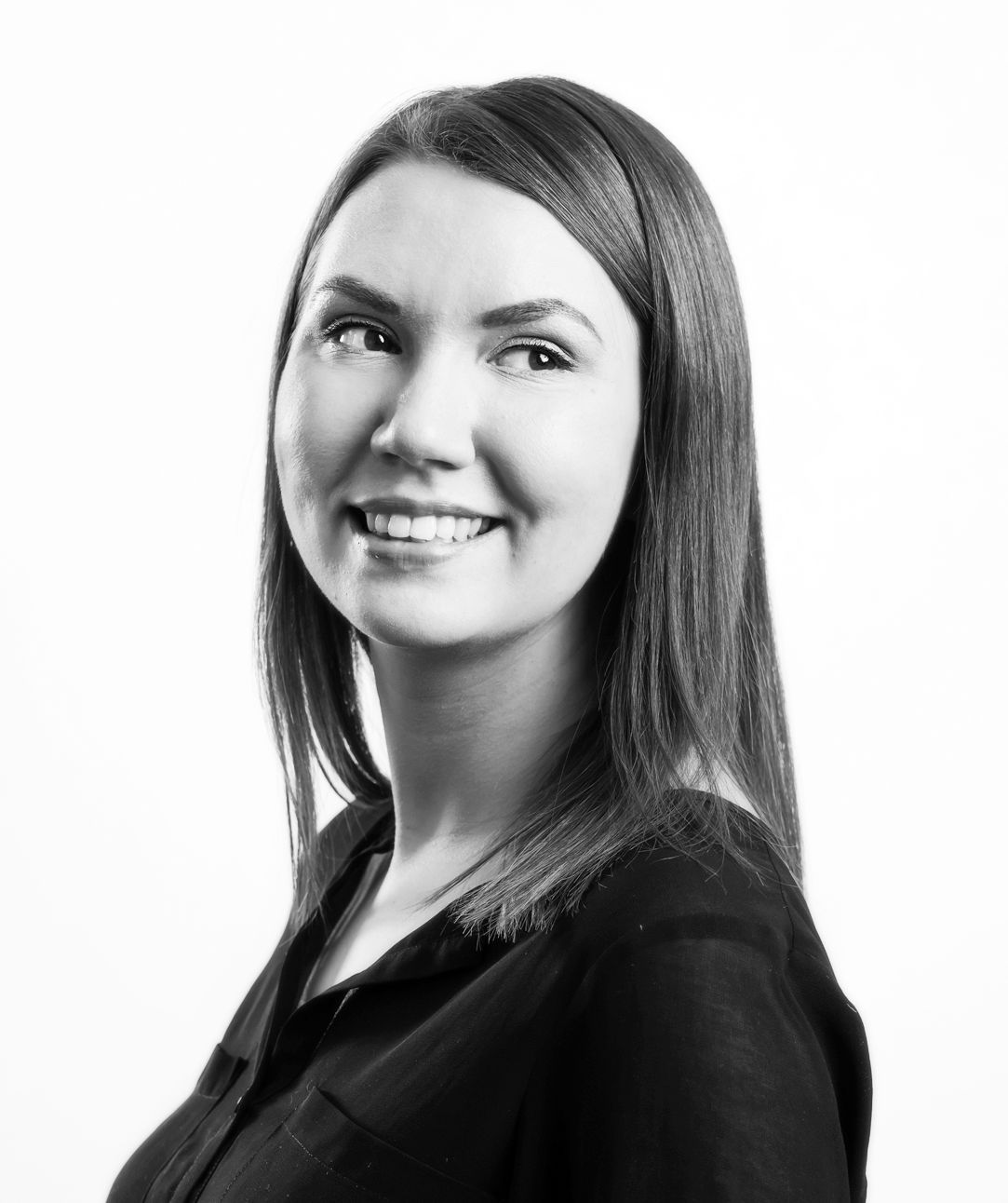 Suzana is here to make sure that Montel looks and sounds as intergalactic as possible. She substitutes Elina during her maternity leave.